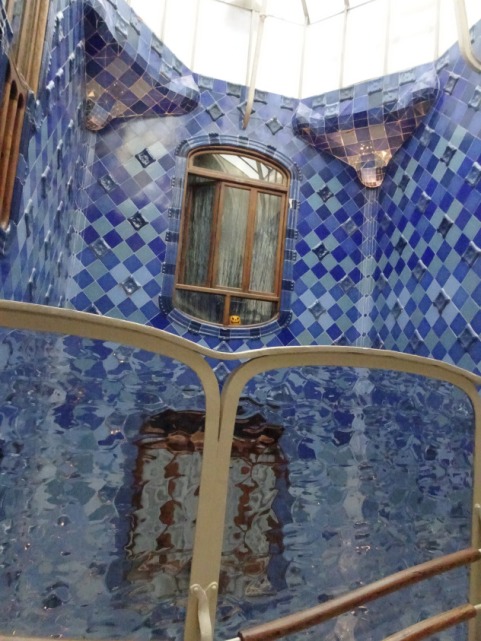 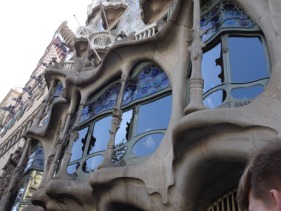 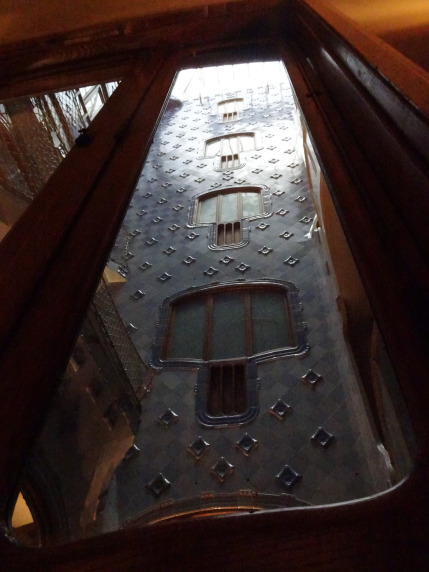 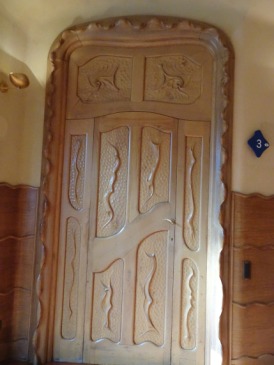 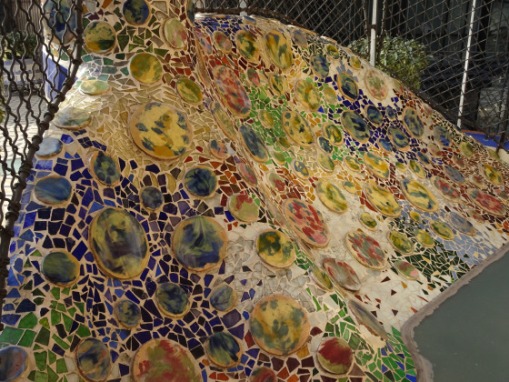 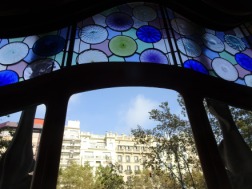 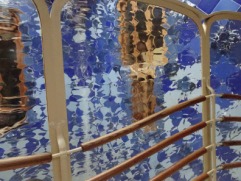 Casa Batlló, built between 1904 and 1906 in the heart of the city of Barcelona, is the most emblematic work of the brilliant Catalan architect.

Gaudí gave Casa Batlló a facade that is original, fantastical and full of imagination. He replaced the original facade with a new composition of stone and glass. He ordered the external walls to be redesigned to give them a wavy shape, which was then plastered with lime mortar and covered with a mosaic of fragments of coloured glass and ceramic discs.

At the top of the facade, the roof is in the shape of an animal’s back with large iridescent scales. The spine which forms the ornamental top is composed of huge spherical pieces of masonry in colours which change as you move along the roof-tree from one end to the other.

The long gallery of the main suite, the Noble Floor, overlooking Passeig de Gràcia, is composed of wooden-framed windows which are opened and closed by raising and lowering using counterweights. They are unusual in that there are no jambs or mullions, so that it is possible to raise all of the window panes and have a continuous panoramic opening running the full width of the room.

On the level of the ground floor, the Noble Floor and the first floor, the facade includes slender pillars of Montjuic stone which form bone-like shapes and are decorated with typically modernist floral designs.

The balcony railings in the shape of masks are made of wrought iron cast in a single piece and are secured by two anchor points in such a way that the balconies partly project outwards.

As a whole, the facade is a joyful and allegorical representation, full of organic elements and colours and charged with symbolism, a wonderful spectacle in the city which inspires the most sublime sentiments in all those who gaze upon it. The house is a dialogue between light and colour.
(https://www.casabatllo.es/en/history/casa-batllo/)

For: Replacement. Also for: Tell Me Something Good #42, Caphernaum