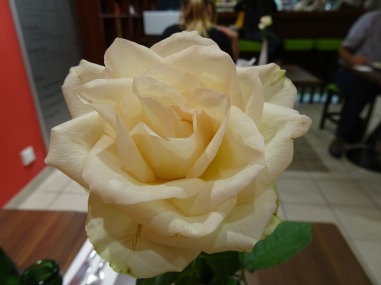 “Valour is stability, not of legs and arms, but of courage and the soul.” ~ Michel de Montaigne

“At the end of another long day, and too many more ahead to even think about about, Sam took a moment to gather his thoughts.”

He yearned for peace in his waking hours. The flames were still bright red. Burning for safety. Pebbles rolled along the cliffs and soft sedimentary rocks had eroded away. Sam bent to touch the clay beneath his feet. Gathering his thoughts, he remembered his friends who were injured and those who didn’t come back alive. Numerous friends and comrades who had shown great valour and courage during the war. He knew that the war was over but the cost to people in human suffering was immeasurable.