Tandang Sora was poor and her only means of livelihood came from the profits she got into selling. One day in August, the Supremo and his forces, tired and worn out, but determined to fight the enemy, came to the house of Tandang Sora, who immediately gave them a hundred sacks of rice from her storehouse, ten carabaos and tools they would need. She herself had become a revolucionario. Her help extended from giving provisions to the movement; she took care of the wounded and sick freedom fighters, not fearing that she would be caught by the Spanish authorities.

A Filipino Woman Married to a Spaniard – she overheard remarks about the Filipinos from her Spanish guests. She was in her room, went out and told them to stop. When they wouldn’t stop, she told her husband. He sided with his countrymen and ignored her request. She took a stick and sought to drive them away by beating them. They arrested her, but she was able to escape through the window of her house.

These are some of many brave Filipino Women – the Katipuneras or the Babaylans who took part in the Philippine Revolution of 1896. 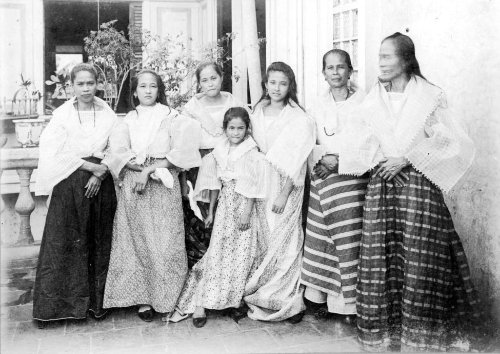 spirits of the past
strong Katipuneras
remembering them

women took part, too
Philippine Revolution
our own heroines